No other concept is currently hyped as strongly as "blockchain", yet at the same time as little understood. Basically, a blockchain is a decentralized database which continuously records all transactions in a chain of data blocks in a sequence which is unchangeable (hence the term "blockchain"). These transactions may include assets such as bitcoins, documents or even entire contracts ("smart contracts"). The blockchain technology behind Bitcoin & Co. has the potential to significantly change the economy and everyday life.

"So called Initial Coin Offerings are currently a very hot topic. Basically, an ICO is the issuing of crypto-tokens for financing projects or companies working on blockchain projects. From a legal point of view, this is no longer comparable with traditional forms of equity or debt capital financing as it usually entails no rights to corporate decision making, no direct participation in the company as well as no claim to repayment of capital or interest", explains Oliver Völkel in the September issue of the journal.

The whole article from TOP-GEWINN can be found here. 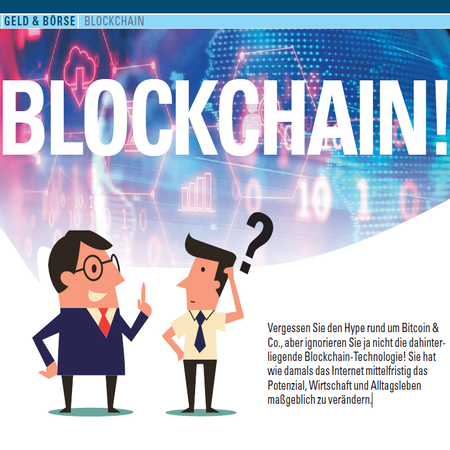