Cryptosciences reloaded – on the way out of the Bermuda triangle

Christian Piska and Oliver Völkel in the current issue of the legal journal ecolex on the topic "Cryptosciences reloaded - on the way out of the Bermuda triangle".

"Lately, a lot has been talked about cryptocurrencies. Rapid price movements in the past few months have caught the attention of the public – now more than ever before. This effect is even observed on an European level. If the draft of the 5th Money Laundering Directive, described in the last issue, was still quite conservative, the Union has now unexpectedly and suddenly changed course. In the parliamentary procedure, the definition of virtual currencies was considerably improved and specified by the relevant committees. Piska shows that the Union has shared the origin-related legal classification proposed in the last issue, and has thus made some essential clarifications that had so far been missing. Völkel describes the effects of the changes on a new entrepreneurial financing model - the Initial Coin Offer (ICO)." The whole article can be found here. 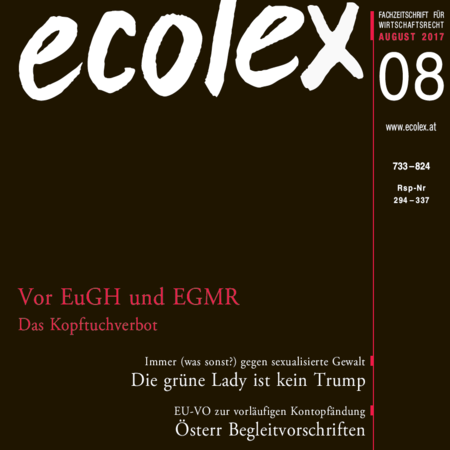