Consultation Document on the Prudential Treatment of Cryptoasset Exposures

On 10 June 2021, the Basel Committee on Banking Supervision issued a public consultation on the prudential treatment of cryptoasset exposures. The 21-page consultative document follows a discussion paper published in December 2019, which generated 32 public comments from key industry participants. Recognizing the speed at which the cryptoasset class is evolving, the Committee expects to undergo multiple consultations on this topic. Stakeholders are invited to submit comments by 10 September 2021.

The below table provides an overview of the Committee's proposals. The classification, risk-weighting and capital requirements of cryptoassets are explained in more detail in the following sections. 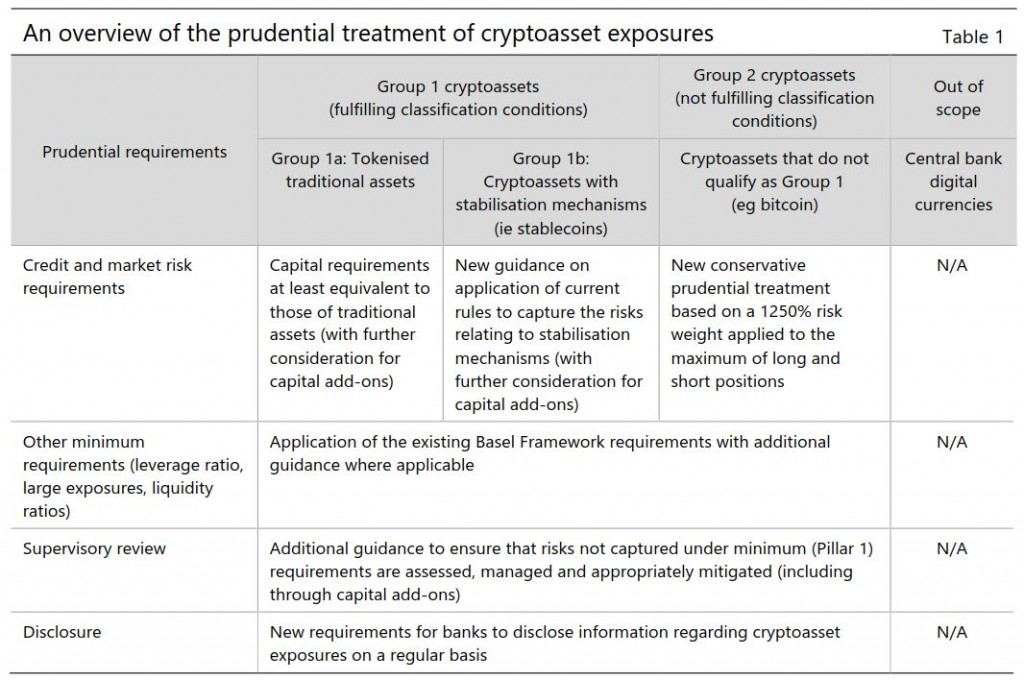 Table 1 – An overview of the prudential treatment of cryptoasset exposures.

The four classification conditions for Group 1 are as follows:

2. All rights, obligations and interests arising from cryptoasset arrangements that meet the condition above are clearly defined and legally enforceable in jurisdictions where the asset is issued and redeemed. In addition, the applicable legal framework(s) ensure(s) settlement finality.

3. The functions of the cryptoasset and the network on which it operates, including the distributed ledger or similar technology on which it is based, are designed and operated to sufficiently mitigate and manage any material risks.

4. Entities that execute redemptions, transfers, or settlement finality of the cryptoasset are regulated and supervised.

A cryptoasset that fails to meet any of the above conditions is classified in Group 2.

Capital requirements for stablecoins (Group 1b)

Separate risk-weighted assets (RWA) calculations are provided for stablecoins falling under Group 1b. The Committee, acknowledging the myriad ways a stabilisation mechanism can be structured, provides two representative examples and applies the capital requirements in each case.

In "Illustrative example 1", an entity (the "redeemer") commits to exchange the stablecoin for the underlying traditional asset or for cash. The holders of the stablecoin have a direct contractual claim against the redeemer.

To calculate risk-weighted assets for this type of stablecoin, banks must include in RWA the sum of the following two amounts:

In "Illustrative example 2", the contractual claim for redemption is intermediated by a subgroup of "members" who sit between the redeemer and the other stablecoin holders. 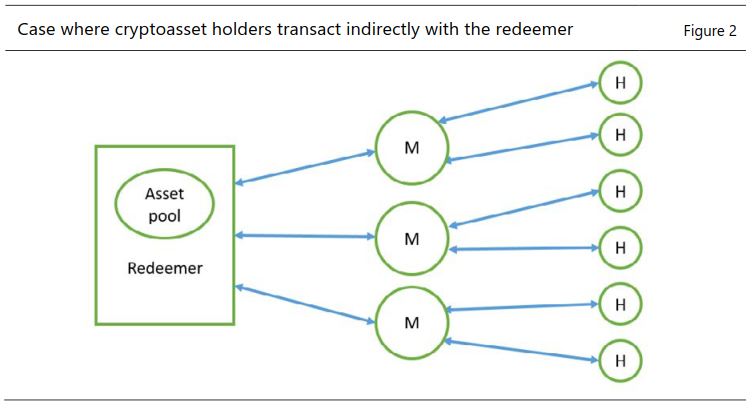 The RWA calculation for members should be the same as the calculation set out in Illustrative example 1. In addition, if members are obligated to buy the stablecoin from holders, members must also include within credit risk-weighted assets an amount equal to:

For non-member holders, the RWA calculation depends on whether members have committed to buy the stablecoin in unlimited amounts. The consultation document lists various risks that should be included in each case.

The Committee proposes newly prescribed capital requirements for cryptoassets classified into Group 2. The treatment is as follows:

The above formula is designed to ensure that banks will hold risk-based capital at least equal in value to their Group 2 cryptoasset exposures. For example, an exposure of EUR 100 in cryptoassets would result in a minimum capital requirement of EUR 100. The rationale is that depositors and other senior creditors of a bank would not face a loss in the event of a full write-off of the cryptoasset exposures.

Stakeholders are invited to propose alternative approaches to the application of a 1250 % risk weight that are simple, conservative and easy to implement. Given that several consultations are envisioned, we expect the capital requirements for Group 2 cryptoassets to undergo multiple revisions and fine-tuning before they are finalized.